Turn to Stone, A Journey to Narnia

When the Pevensie children are sent out of London during World War II, they have no idea the fantastic journey they are beginning. What starts as a simple game, quickly turns into the adventure of a lifetime as they walk through a wardrobe into the magical land of Narnia. There they find a land full of mystical creatures, frozen into eternal winter by an evil White Witch. The children can only hope that with the return of the Great Lion, Aslan they can help restore beauty and peace to the land. Will they find their courage and overcome all odds and the evil Witch? VYD lights up this classic story onstage with captivating lyrical and hard-hitting hip hop choreography to current music, which itself tells the story. View the trailer for Narnia!

Castle on the Hill, A Tale of King Arthur

Castle on the Hill is a classic tale of the legend of King Arthur and his knights of the Round Table. Arthur is guided by Merlin, and destined to be king. He is torn between his commitment to his wife and the kingdom of Camelot, and his promise to his family and the Lady of the Lake in the mystical kingdom of Avalon, who have provided him with the magical sword Excalibur, and helped put him on the throne. As tensions mount, and battle looms, will his nephew Mordred truly be next in line to the throne? What of Guinevere and Arthur’s noble knight and best friend Lancelot, who both love him dearly? A story of brotherhood, chivalry, and just like us….those looking for a perfect society….somehow trying do what is right. View the trailer for Castle! Read The Seven Days review of Castle

Mad At Nothing follows the story of Alice, a high spirited girl who feels out-of-place in her subdued hometown. By happy accident, she stumbles into another world, full of outlandish creatures and wild adventures. Alice dubs this world “the Wonderland,” and befriends its wacky inhabitants, finally feeling like she belongs. But the longer she stays, the stranger and more dangerous the Wonderland becomes. When a jealous queen threatens to destroy everything Alice and her friends hold dear, Alice faces a terrible choice: stay and watch the Wonderland fall apart, or leave the only place that has ever felt like home.

A Better Place, A Twist on Oliver is the story of Oliver, a young orphan who flees an orphanage in the hopes of finding a better life. She befriends the Artful Dodger and is taken in by the evil Fagin and his gang of pickpockets, who try to convince her that thievery, is the life for her. But Oliver knows that being true to herself and her friends will help her to discover the forever family she longs for.

Pride, a full length production based on the story of the Lion King, tells the intriguing story of Simba, a young lion, who is first in line for the throne to over see the Savannah. When his world is suddenly shattered by tragic loss, he must accept who he truly is to reclaim his home and his destiny to overcome evil.

VYD follows Aladdin through the streets of Agrabah, as he hopes for a better life, and also Princess Jasmine, who longs to know what lies beyond the palace walls. Aladdin believes three wishes from the powerful Genie of the Lamp will bring him happiness, but the evil Jafar has other plans. Aladdin learns that true happiness comes from being true to himself and his friends!

Our Song, A Story From the West Side

An original production inspired by the musical West Side Story, and influenced by modern “dance crew” culture.  This is the story of two unlikely lovers, Tony and Mia, caught in the middle of a turf ward between their respective dance crews.  They struggle to be true to themselves while also remaining loyal to their friends, and when a fight at a regional competition sends tensions spiraling out of control, the pair must find a way to make peace before it is too late. 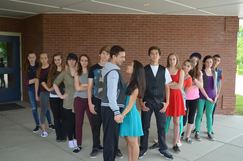 Between the Raindrops, A Journey to Oz

A modern day telling of the Wizard of Oz. VYD follows Dorothy from her farmland home, through a dangerous tornado brewed by witches to the strange and exciting land of Oz. A classic story of mischievous Munchkins, flamboyant Ozians of the Emerald City, and of course, the mysterious Wizard himself. 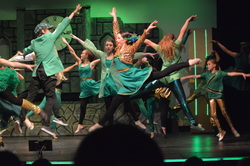 Carry On follows the story of Joanne, a young woman who finds herself on the wrong end of society. She struggles to make a new life for herself, while dealing with a false conviction and caring for a young girl who has lost her mother. Joanne becomes entangled in a group of young activists who are determined to change the world. When their movement spirals out of control, Joanne must learn set aside old differences and help the people come together. 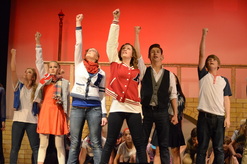 Young Forever, Back to Neverland

Vermont Youth Dancer’s cast and crew return to Neverland in a story that picks up where the traditional story of Peter Pan leaves off, traveling through the generations of children who loved Peter Pan after the Darlings had grown up. We meet Wendy’s daughter, Jane, as well as a modern Darling family as they share their own new adventures with Peter Pan and the inhabitants of Neverland. We revisit old friends like Tinkerbell, Tootles and Tiger Lily, find out what ever happened to Hook and meet the pirates who want to take his place. Peter and his Lost Boys continue to fight for their home in Neverland. As his friends continue to grow up and leave him, Peter must decide if he will stay young forever. 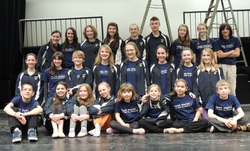 Breakthrough follows the stories of 15 middle-school and high school age girls, who each have a unique story. Join Bella as she helps and supports her friends who are struggling to find friends, find love, and find themselves, while they learn what true friendship is all about. 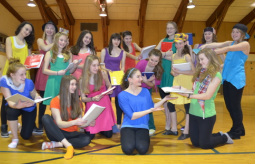 Come With Me is an original story, written and choreographed by two of our own dancers. It follows the story of Claire, a young girl who is bullied at school. Claire has only one friend , but every night she dreams of an older girl who visits her in her sleep. What Claire doesn’t know is that this older girl actually lives in the mysterious Land of Dreams. Caroline is an outcast in her own world, and she finds in Claire a true friend. One day when Claire is getting bullied, Caroline enters the “real” world with Ilsa (Caroline’s only friend in the Land of Dreams). Many adventures follow, as the dream friends and real friends get to know each other, and Claire finds true acceptance. 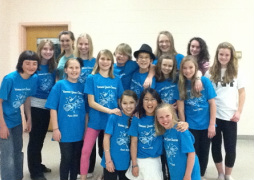 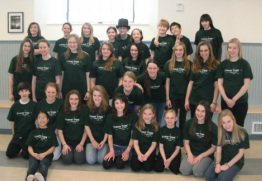 Cinderella Unwritten is a modern-day Cinderella story. It follows the story of Cindy, a shy, unpopular girl who falls for the new boy in town, Jay. Unfortunatly for Cindy, the thee De’Glorie sisters–Stella, Bella, and Ella–are after Jay as well. 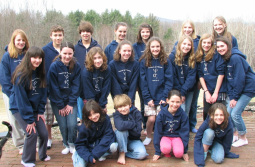